We had the meanest, nastiest toilet west of the Mississippi. Seriously people. It was located in this dark, swampy corner of our bathroom and whatever quick fixes we tried seemed to make it worse. So worse, in fact, that I was consistently worried about falling through the floor. Eek! I knew that this was going to be one of the first major projects I had lined up as soon as I found myself a handyman. And Jesus, finding a decent handyman was, in itself, a huge project! It’s a lost art I tell ya!

It’s highly likely that this was THE original toilet from when the condos were built back in the late 70s. This was later confirmed by my newly appointed handyman – poor guy. Holy crap. Literally. And get this, this was a wall mounted toilet – a what? A wall mounted toilet, which means not only were we replacing the old toilet but we were redoing some maj plumbing. And you know what maj plumbing means $$$$ Ugh.

But it had to be done so I bit the bullet and 10 hours of labor revealed this shiny new bad boy complete with replaced pieces of rotted wall, re-texturizing and paint! I was really impressed with the finished product and the formerly swampy corner is now dry as a bone. I still have some tiles to fix but man, what a relief it was getting this fixed. I’m going to give my handyman a week to recover from this project the it’s on to the next!

Have you conquered any scary projects lately? 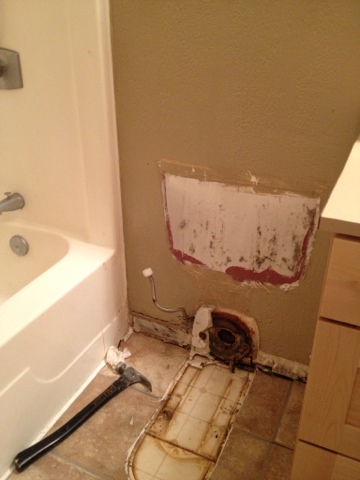 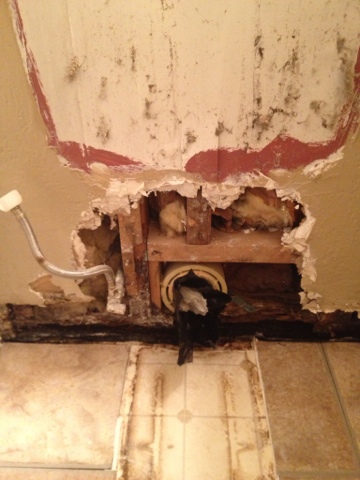 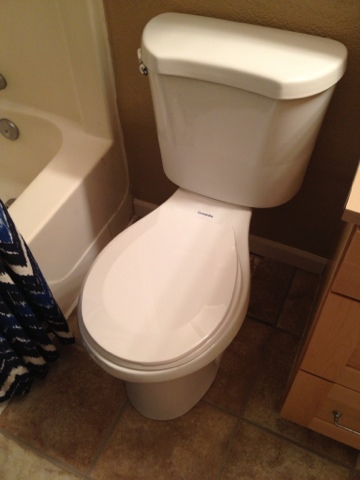 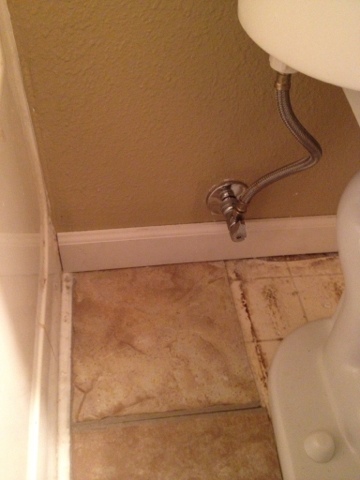