Oh how the days have flown by! Thought I would share a few pics from my gal pal’s bachelorette party a few weeks back, which had both a day time and evening activity. Obvi, I’m only going to share the daytime pics – girl code yah know 😉

We met up at Oh! Chocolate in Madison Park and had a 3 hour chocolate dipping class which included a tasting AND the creation of our own treats. Can you say dipped potato chips? Holler! Wine flowed, strawberries were dipped, chocolate was consumed….man, it was a pretty tasty afternoon. They do offer these classes throughout the year so keep them in mind for a unique gift or outing!

Yes sir. If you haven’t already guessed, this year is the year of the wedding weight loss/toning up. I try and keep a semi-active lifestyle but the holidays ALWAYS kill me and this gal has her engagement photos in a few weeks!

To the rescue comes my good friend Weight Watchers. Over the years, I’ve found that no matter how many times I hit the gym, if I’m not watching what I stuff in my face, it won’t matter if I clocked in 10 hours of spinning classes or not. I’d rather eat in moderation and spend 2 or 3 days a week working out. I’m happy to report that I’m down a few lbs. already and that is even with a Skittles binge and perhaps a few homemade Ranger cookies past 9 pm. My bad……. 🙂

Here are some of my favorite tricks of the trade and snacks that I like to consume whilst keeping on the WW train.

Have I bore you enough yet with my point tracking tips :-)? 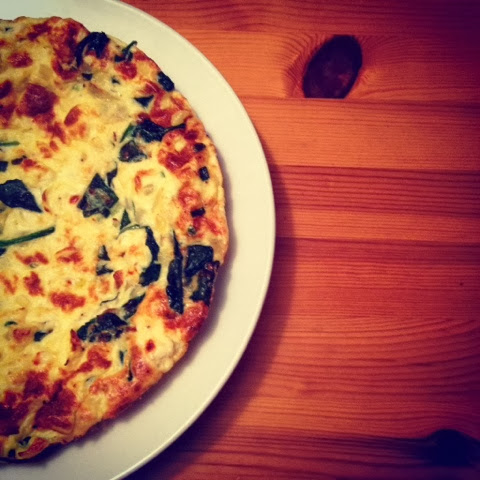 You don’t mind if I lick the screen, right?

This losing the wedding weight biz ain’t all that fun, but a freakin’ fab frittata can sometimes make it OK. This recipe calls for only two eggs and maj egg whites which keeps it on the lighter side. Sauté up some of your favorite veggies and sprinkle a lil feta cheese and you are good to go my friend!

Check out the recipe I loosely follow HERE. Thank you skinnytaste for creating killer recipes such as this one!

A nod to Nespresso.

I wish I could say this was a sponsored link, like many of my blogger gals have….sigh. One of these days…..

So yes, this is NOT a sponsored link. I just freaking LOVE our Nespresso machine and wanted to tell you all about it! Technically, it’s the fiance’s, he got it for his 30th birthday, but Washington is a 50/50 state people, so next November it’ll be half of it is mine – muah!

Peeps are all about the Keurig, but if you are a real coffee drinker, then this machine is it. We don’t even have the fancy one either, though we were also gifted with the milk frother, which totally rules. It’s great for cappuccinos on the weekends – you just push a button and 90 seconds later you’ve got foamy goodness. Coconut milk works best so far, I haven’t gotten almond milk to froth very well.

The coffee machine is very easy to use. You just make sure it has enough water, turn it on and push a button – it’s really a no-brainer. We’ve got our flavored syrups, chocolate sauce and special sugars to add a bit of excitement, but I’ve gotten to the point of just having a double short with a bit of coconut oil and a splash of cream. I think I’m officially addicted.

There’s even an app to re-order the pods. A few clicks and the next day they’re in the mailbox. I think they run about .60-.70 cents per pod, which beats the $3 Americanos I was paying for. Gawd, since when did Americanos get that expensive?!….I digress. I saw the basic machine, which is what we have, at Costco last weekend for $69 bucks – such a deal.

What is your coffee routine? Are you a make-it-at-home daily drinker or is there a fav barista you like to visit?

There seems to be so many options for breakfast these days, but so little time in the AM to make them happen – especially when one likes to get as much sleep as possible – you’re talking to the Queen of Sleep right here……Most days, just getting out the door with coffee and a banana and hittin’ the instant oatmeal at work is about as good as it gets for this gal. But recently, I’ve been trying to step up my b-fast game and have been testing out some different things to liven up this early morning meal.
Eggs are usually a go to and can be made and eaten in minutes. Throw some mashed avocado on  toast or a bagel and you are good to go! I’m also a fan of cutting up the previous night’s dinner (taco items especially) and making a quick scramble. Easy peasy.
Smoothies are also a staple in our house. I’ve come to love adding extra spinach, chia seeds, plain non fat greek yogurt and spirulina to beef  up the frozen fruit. If you want to keep yours less on the fruity side, I’ve found that adding 1/4 cup of frozen pineapple will still give it a bit of sweetness without breaking the sugar bank.
And for the occasional treat, nothing beats a doughnut with some extra hot coffee (I picked up that bad habit courtesy of my Grandma. Love that lady.) I recently found a doughnut pan while thriftin’ at the local Goodwill and have been recipe testing ever since. Nothing fabulous to report back on yet, but know that I am working on it 🙂 I take this sort of research very seriously.
BUT my new fav game in breakfast town is this sort of hot porridge using ancient grains and seeds. We all know that quiona is the bomb and polenta just tastes darn good. Add to that some amaranth seeds which are gluten-free, a source of complete protein, high in fiber and a good source of magnesium and iron and BAM you’ve got yourself a hot bowl of health goodness. Cook it up on the stove top, kind of like how you do oatmeal, top with walnuts, berries and a splash of coconut milk and you are good to go. This makes enough for a few meals too! Check out the recipe I used HERE.
What are your favorite go to breakfast meals?