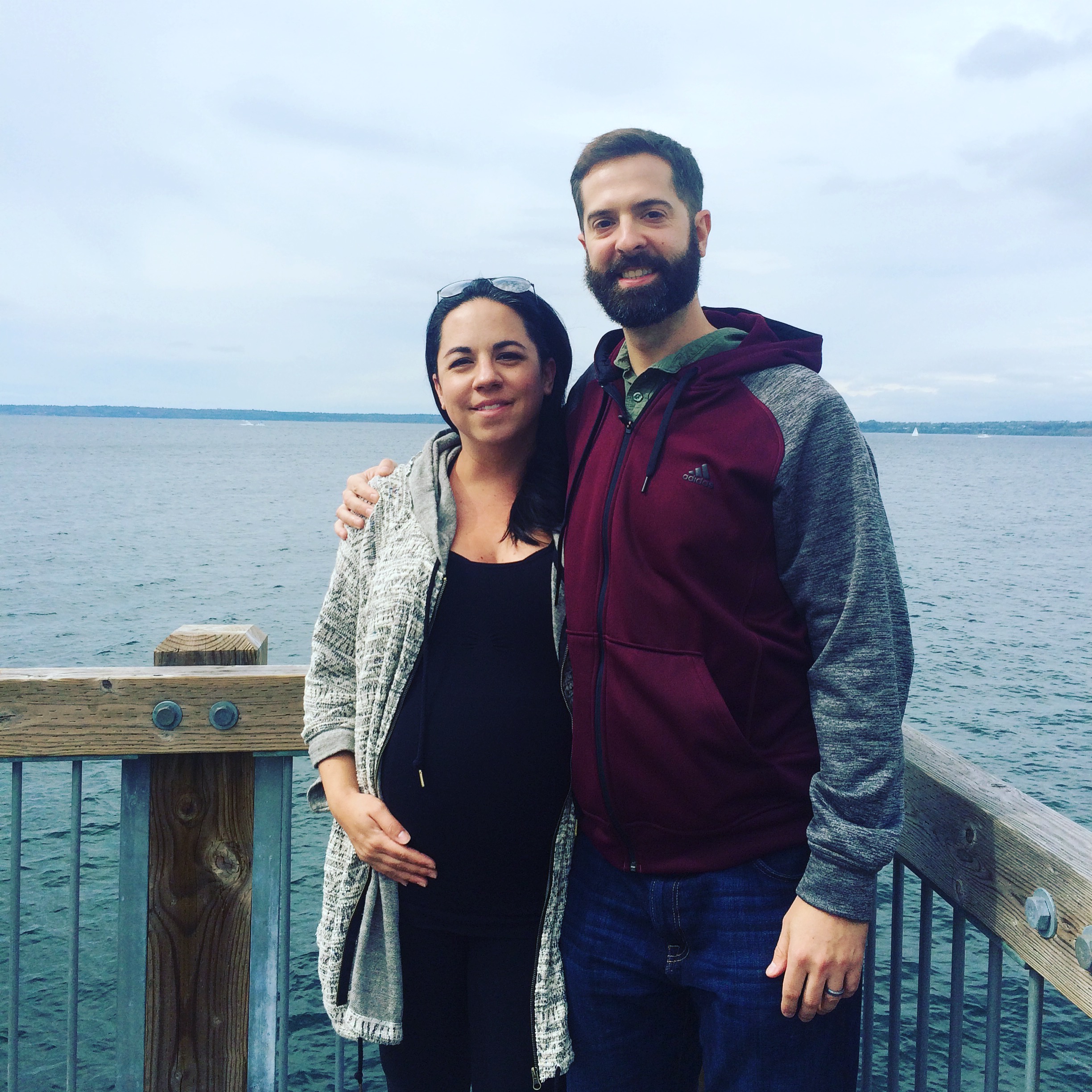 Watching: The days slowly ticking down. We are into week 37 and she could make her appearance any day now! Week 35 was a bit of a shock when we found out she was extremely low and settled into my pelvis (-2 station if you will). I was put on limited mobility and spent the following week trying to relax AND worrying that she might be early. Now that we’re past that, it’s back to checking down the days. I have a sneaking suspicion that she’s going to be late after all of this drama!

Loving: That my baby daddy took me on a surprise Baby Moon over Labor Day weekend! It was such a treat to go back to our old college stomping grounds but being able to stay in a fancy inn/spa 🙂 Hello Chrysalis! We took the scenic route there, stopping off on Chuckanut Drive for a late lunch. Had a couples massage. Went to dinner at Boundary Bay. Reminisced about when we first started dating. It was the PERFECT getaway.

Doing: Trying to finish up this darn nursery! We’ve got all of the furniture but the walls are still bare and I need to get some accessories into the mix. I’ve attempted to get a frame, oh say, four times now with no luck and tracking down a lamp has been nearly impossible.

Reading: I know I’m a bit late in the game on this one, but I realized that it never came up in my library cue so I ordered it off of Amazon Prime this week. I’m a quick reader though so hopefully I’ll finish it before she arrives! If anything, it’ll be a good last minute refresher. Ina May is the BOSS. I know a friend of a friend who came into this world by Ina May herself and that was beyond cool to find out. Like whoa.

Eating: A lot. I would say my hunger level these past few weeks has really, really increased. I wake up hungry, snack all day and have to cut myself off before going to bed. I’m trying to keep veggies in the mix, but it’s hard people! My latest craving is anything with cinnamon, which usually boils down to cinnamon rolls. Duh.

Thinking about: What we’re going to name this wild child! We had a name that we both really liked early on then each found separate names that we liked more than the original name but don’t like each others. Does that even make sense? So yeah, three names in the running but only one that’s agreed upon. Hoping we can find one or two more that we both like and we’ll be bringing them all to the hospital with us. It’ll be a game day decision I think!