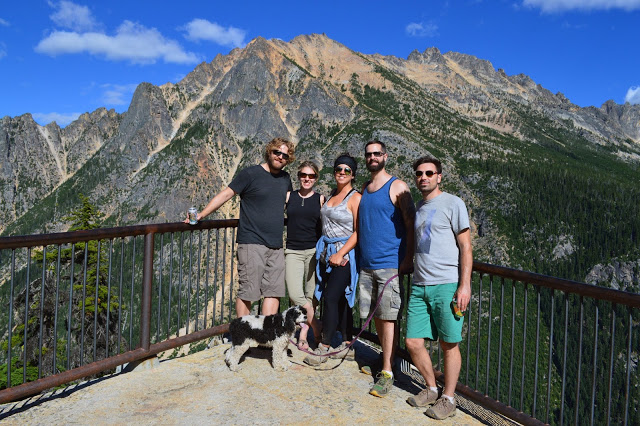 Phew! What a weekend! Just got back from a trip up to the North Cascades, which is a place I’m not all that familiar with. I’ve done the Diablo Lake tour back in the day but besides the crazy cool color of the lake, I don’t remember much else. Man, I’ve been missing out! What a gorgeous part of the state. END_OF_DOCUMENT_TOKEN_TO_BE_REPLACED 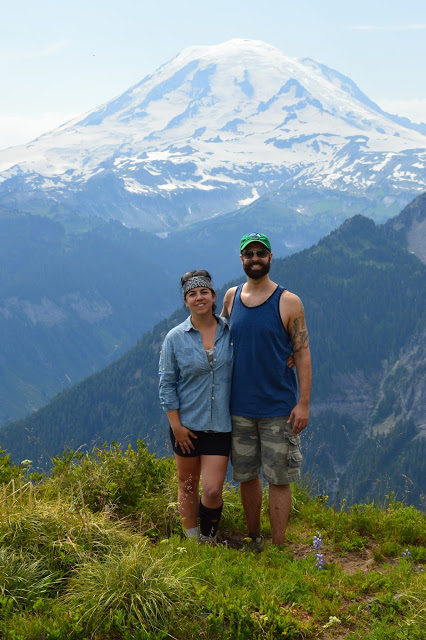 The mountains have been calling my name lately and decided it was time to pull the trigger and head to the baddest mountain around, Rainier. Many of the campgrounds located down there are first come, first serve which don’t always appeal to this planner gal so when I read that they have a handful that can be reserved, I jumped at the chance.

I’d been to Ohanapecosh Campground back in the day with my Mom and remember it being a pretty special place. We luckily got a site in A loop, which I think is the best one out of the bunch, especially if you could snag a river side one like we did. Nothing beat a cold beer and a dip in the river post hike! END_OF_DOCUMENT_TOKEN_TO_BE_REPLACED 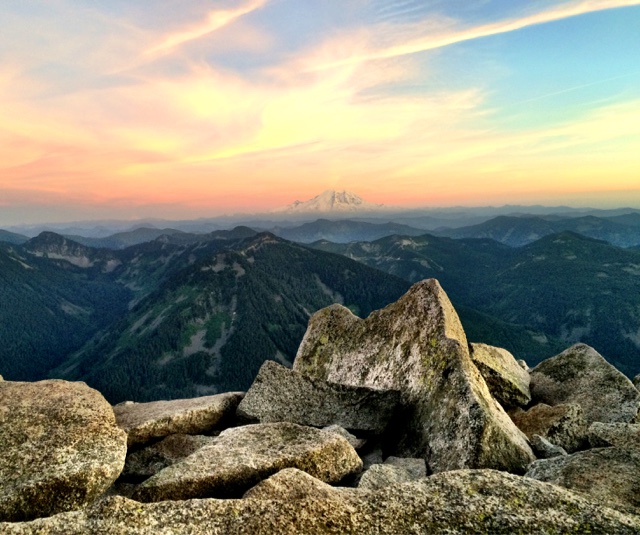 Not sure what I was thinking when I decided to drag us up to the tippy top of this darn mountain! I’ve been following my fellow PNW outdoor adventures on a variety of social media platforms as of late and their pics had me super envious. Mountain tops, alpine lakes, rustic campsites surrounded by snow capped peaks…ugh! The wanderlust was BAD. I needed all of those things in my life STAT. I scoured the Washington Trails Association app and determined that this was best accomplished by hiking to Granite Mountain at sunset to capture the glory of it all.What I failed to realize was that this was an “expert” level hike with almost 4,000 feet in elevation gain. I’m not a numbers gal and didn’t realize that 1,000 feet per mile = hella steep. Like butt burning steep. Like so steep that I might fall off of this god damn mountain steep. The trail started like any other but we quickly realized that this was going to be a dozy.

END_OF_DOCUMENT_TOKEN_TO_BE_REPLACED 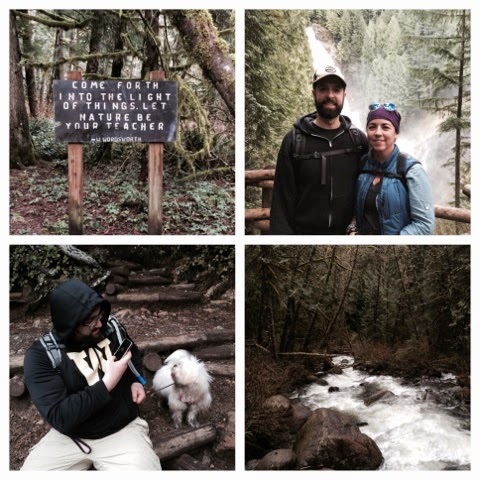 Yes, my friends. More hiking pictures! We tackled Wallace Falls the other weekend with our pal Kiki and his main pooch Dudley.  That lil pup had a grand time AND made it to the top of the falls with little assistance needed. Poor guy was brown by the time we were done – he was a trail favorite though and EVERYONE stopped to compliment him! The trail was pretty packed that day, more so than I like, but what can you do? With all of the rain we had, the falls were pretty epic. Overall, a solid little hike with a wet ‘n wild ending at the top!

Now that we’re back to normal around here, it’s time to set some goals for 2015! Here’s what’s on the books for us:

Plan an epic trip to Eastern Europe AND spend the summer hiking in the PNW!
We’re pulling the trigger and are planning a maj three week trip to Eastern Europe this fall, loosely following my pal Rick Steves suggested itinerary. Europe has always been on both of our bucket lists so the time is now. I’ve planned many a vacations, but this one is going to be a doozy! In the meantime, we are saving our pennies and dimes so there won’t be much travel in the coming months. I’ve been geeking out on the Washington Trails Association app recently and have found this new, intense love for hiking. I already have a bunch of hikes bookmarked for the coming months. We kicked off 2015 by tackling Wallace Falls. Zero snow up in the mountains means many trails and clear and ready to be hiked minus the summer crowds. Gotta love that! If you want to hit the trails with me, lemme know! I might start an email group for it 🙂

Learn how to make kombucha at home AND fried chicken. Kind of opposite ideas, I know. I’m totally addicted to that fizzy, yummy goodness but at $4 a pop, it’s getting kinda pricy. Time to brew that ‘ish at home! Looking for inspiration here, here and here. And I’ve actually never attempted fried chicken before, but always like a culinary challenge. I’ve been watching Chef & the Farmer on PBS (nerd alert.) and she made it in one of her episodes. It was an “ah ha!” moment for me and something I’m ready to try!

Continue to be a bad ass gardener AND join a local fruit CSA. You know me, come April, this blog will be all about gardening! I’m even honing my skillz by taking a permiculture class as well as  an extensive 4 week gardener’s class through Seattle Tilth. So far, I’ve done fairly well by just winging it, but now I’m ready to take it to the next level. And although the yard is producing maj produce, our homegrown fruit is still lacking. Our poor lil apple orchard won’t be producing for years – sad face. There’s just not enough is ma yard to cover our fruit cravings so a CSA it is. Did you know that fruit only CSA’s even exsisted? I didn’t. Thinking we’ll go with this one. I can’t always make it to the farmer’s market so this will ensure weekly, local fruit.