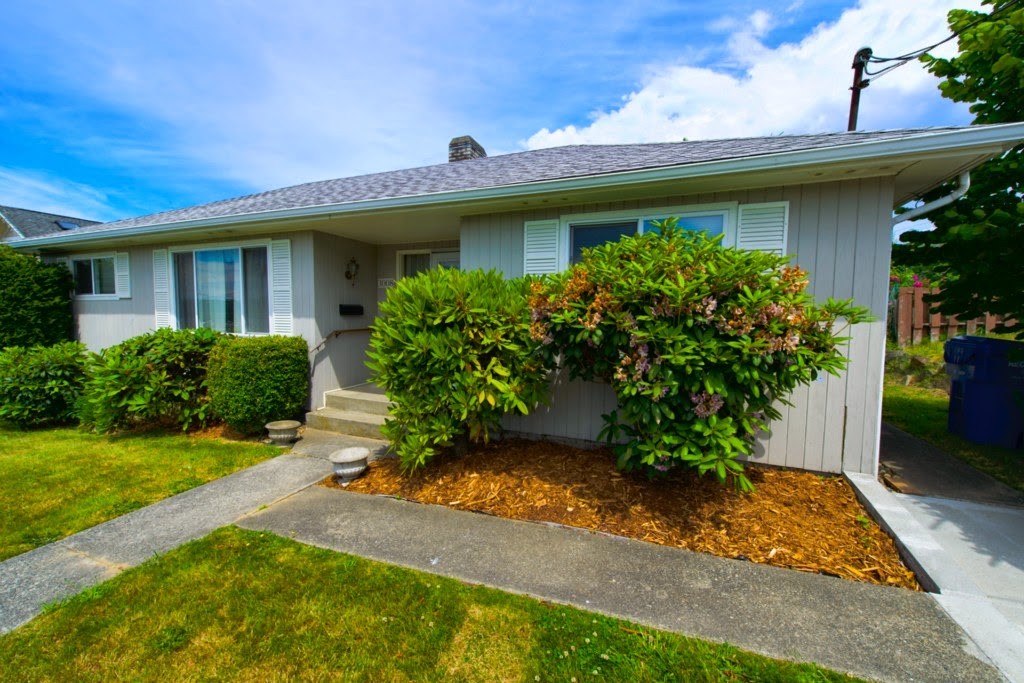 We’ve been going through some semi-maj repairs around the good ole condo lately to get it all spiffy to rent out. I’ve been wrestling with counter top ideas for the past few months since ours were old and very stained. Every material I looked into was uber expensive and I have HARDLY ANY COUNTER TOP SPACE people. Ugh. I couldn’t justify forking over $1500+ for a rental condo counter top.

Luckily, I came across a photo of butcher block counter tops and liked the look. A few quick Google searches later and I found some decently priced ones thanks to IKEA. I bought two big slabs and spent one weekend treating them with linseed oil. I was told that a few coats of this would make these slabs virtually waterproof. Ummmmm……not so sure about that……water rings are already showing up! A little more high maintenance than I’d like but I think I might be able to fix that with the right stain/oil combo. Stay tuned…..

I was going to subway tile the back splash but my handyman suggested that we just use the leftover butcher block instead. Genius. Those will be installed next week with new tiling in the bathrooms. Man, I love a good home improvement project (that I don’t have to do myself!) 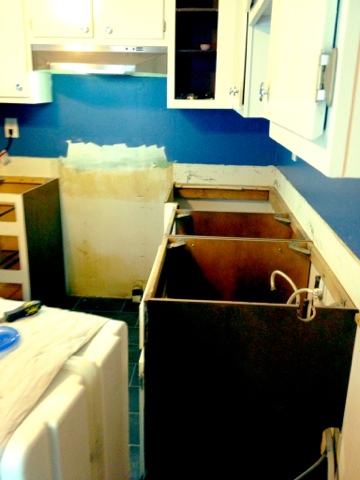 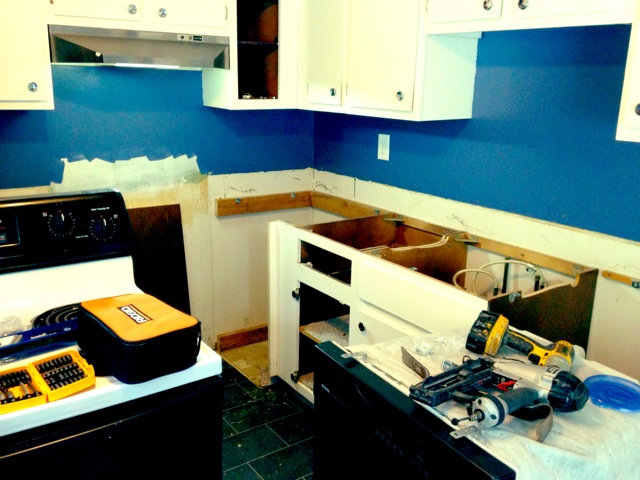 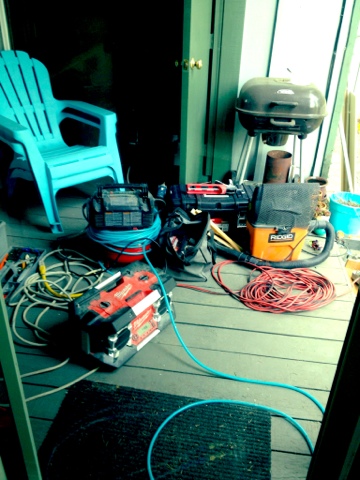 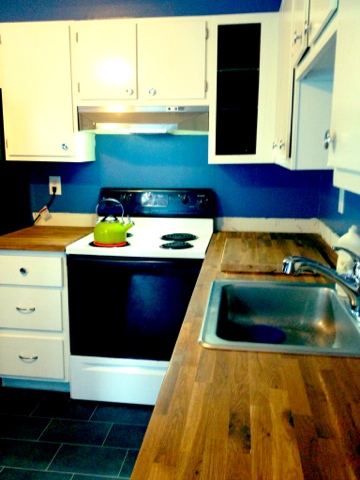 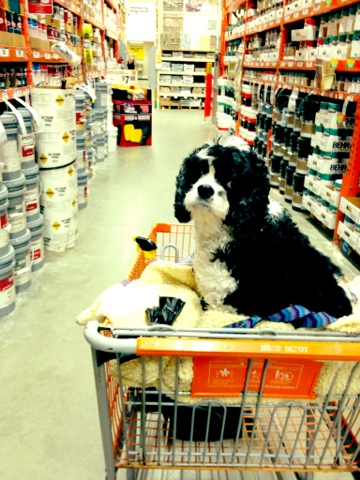 I thought I would share one of my recent sewing projects that ended up being a holiday gift for my sister’s cat, Tuna. I know, I know….presents for cats……we’re a strange family around here.

I used the same technique as I did for Stella’s quilt, which I made a few months back. I simply picked a few fabrics I liked, the main one being these cartoon sharks, cut them into different sized strips, sewed ’em together, batted the back, quilted a bit, then finished it off with self-binding edges. It’s really so simple 🙂

Things I learned with this project:

When using a fun patterned fabric, be sure to give yourself additional fabric for seam allowances – I lost a few sharks that way because I forgot to calculate the actual sewing part. My bad.

When piecing this bad boy together, I laid out the strips in the order I want them to be then sewed the first and second ones together, third and forth together, and so on. Once those were paired up, I went back and pair them up again…and again….until they were all sewed together. This method helps keep your sewing lines straight and your fabric from going wonky. I found this blog to be helpful!

Gratuitous Seattle Snow Pics. (I know, I know…..0.8 inches….big deal says the rest of the country)

Just a few holiday updates from your truly! Below, are a few pics of some of our holiday decorations that were put up last weekend. Everything I had from the condo looks uber dinky in our new house so I’ll def be hunting for decor sales after the holiday. A taller faux, flocked tree, sparkly swag and outside lights will top the list – day after Christmas Target shoppers beware! I’ll be throwin’ elbows for those glittery thangs! I’ve also tagged a few interesting craft projects on Pinterest like this and this. Hopefully I can tackle some next fall in time for the 2014 holiday season. JK, I’ve got a wedding to plan….blargh. ﻿﻿
﻿

Holiday shopping is well underway in our household. I spent the day after Thanksgiving on the couch, iPad in hand, ordering gifts and most have already come in the mail. And….wait for it….50% are already wrapped and under the tree! I don’t know how I got so ahead with gifts this year – I’m kind of amazed with myself. And most importantly, I have yet to set foot in a mall! (Happy dance.)

I haven’t spent much time in the kitchen lately but am looking forward to cooking a few holiday treats this coming weekend. My first attempt at caramels last year was a success BUT I’ve managed to lose the recipe – WTF? All I have is one picture from the blog, where there’s like 4 sticks of butter and a lot of brown sugar in a large pan. I’m hoping those hints will help me find my killer recipe. UGH. I’m also on the hunt for THE PERFECT holiday cookie to bring to the family party. Not sure exactly what that will be, but they need to look interesting and taste good. I know, I know….I have high standards 🙂

So what are you doing to bring on the holiday cheer this year??